Dedication Ceremony for PC Veterans Monument Is May 23 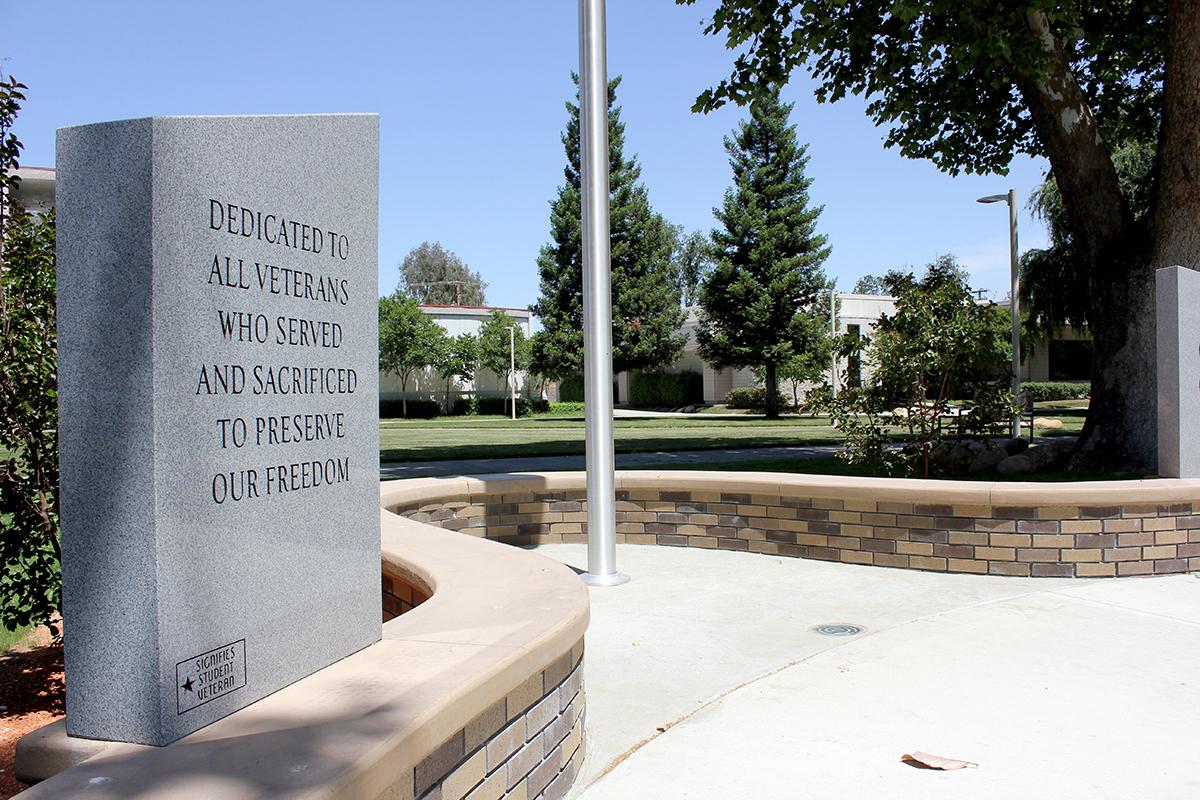 Public is invited to event

FOR IMMEDIATE RELEASE PORTERVILLE – (May 17, 2018) – A dedication ceremony for the Porterville College Veterans Monument, which was constructed on PC’s campus to honor the service of all U.S. veterans, will take place at 11 a.m. Wednesday, May 23, at the college. The public is invited to attend.

The open-air monument features two large granite monuments, one containing the words “Dedicated To All Veterans Who Served And Sacrificed To Preserve Our Freedom” and the other inlaid with six bronze insignia commemorating the six branches of service. A flagpole is situated between the granite monuments. A circular, foundational centerpiece in front of the flagpole and granite monuments was constructed using 4-inch-by-8-inch “honor bricks,” each of which is laser-engraved with a veteran’s name and his or her military branch and dates of service. Some of the bricks feature stars on them, which signify PC student veterans. The monument is located between the administration building and the science-mathematics building immediately to the east – a prominent, heavily trafficked area on campus.

The idea for the monument was first proposed in July 2015 by Steve Schultz, a U.S. Army veteran himself who at the time was the coordinator for and a counselor in the on-campus Veterans Resource Center. Schultz worked with several others, including former PC President Rosa Carlson and other PC staff, Kern Community College District construction and facilities planning staff, the Porterville Noon Rotary Club’s then-president-elect Greg Meister and local architect Dennis Townsend, to turn his idea into a reality. A drawing for the monument was finalized in October 2016 and a groundbreaking ceremony was held nine months later.

A booklet containing photographs and biographies of those who have purchased honor bricks will be available at the ceremony. Several local dignitaries, including Cole Karr from Rep. Kevin McCarthy’s office, Christian Chacon from Assemblyman Devon Mathis’ office, KCCD Chancellor Tom Burke and Porterville City Manager John Lollis, are scheduled to be in attendance.

“We are proud of the veterans monument on our campus and even more proud of what it represents – those who have served in our armed forces to protect our freedom,” PC interim President Bill Henry said. “We can’t thank these brave men and women enough.”