Vickie Dugan to be inducted into PC Foundation Hall of Fame 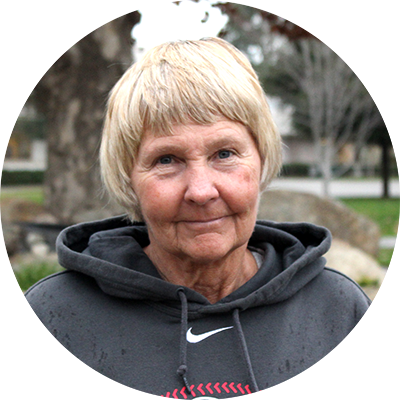 PORTERVILLE – (Jan. 18, 2019) – The Porterville College Foundation is pleased to announce the selection of longtime PC softball coach Vickie Dugan as the 2019 Hall of Fame inductee for Athletics.

Dugan will receive the Foundation’s highest honor at the Porterville College Foundation Hall of Fame Ceremony on Friday, Feb. 1, in the college gymnasium. The ceremony will begin at 5:45 p.m.

For 22 years, Dugan and her players have celebrated success on and off the PC softball field. Dugan has won more than 250 games as the Pirates’ coach and seen her players excel at PC and beyond. Just last season, PC third-baseman Chelsea Ramos was named to the 2018 National Fastpitch Coaches Association Cal JC All-American Team, making her the first PC athlete ever to be honored as an All-American. Only 19 other players from across California received All-American honors.

Off the field, Dugan is just as committed to her players’ success. That commitment is reflected in student outcomes such as graduation, transfer and program-completion rates.

Under Dugan’s leadership, the PC softball team has been nationally recognized for team grade-point average. The 2009-10 and 2015-16 teams were recognized by the NFCA as All-Academic Teams. The 2009-10 team had a cumulative GPA of 3.289 – 11th in the nation.

Over 60 percent of Dugan’s players have transferred to four-year institutions. A map riddled with pushpins indicating where all of her players have transferred hangs in her office. The pins can be found in nearly every state, from Hawaii to Maine. She’s known for being a student advocate who actively seeks out recruitment, scholarship and educational-advancement opportunities for her players.

Once a student athlete herself, Dugan played both softball and volleyball at Fort Hays State University in Kansas, where she was named to the “Outstanding College Athletes of America” list. Prior to her arrival at PC, Dugan was the head coach at Oregon State University for seven years. She landed her first college head-coaching position at Nebraska Wesleyan University and was also a graduate assistant at Utah State University.

This year, the Hall of Fame Ceremony returns to the PC campus and will highlight upcoming building projects, recent renovations and programs. Porterville native and multiple Emmy award-winning journalist Laura Garcia will be the keynote speaker for the event. The ceremony will feature local entertainment and give attendees the opportunity to meet and mingle with PC students, athletes and coaches. The chefs and students from Bakersfield College’s Culinary Arts program and staff from PC’s Treasure Café will provide the night’s dinner.

Individual tickets are $50 and a table of eight is $400; sponsorship opportunities are also available.