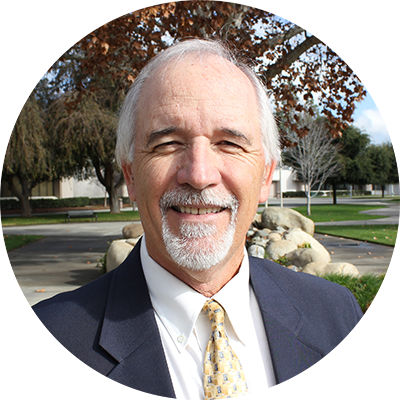 PORTERVILLE – (Jan. 29, 2019) – Porterville College alumnus and long-time employee Steve Schultz is set to join the PC Foundation Hall of Fame ranks. Induction into the Hall of Fame is the highest honor given by the Foundation to PC alumni and staff.

Schultz will be inducted Friday during a ceremony in the college gymnasium. The ceremony will begin at 5:45 p.m. Vickie Dugan (Athletics) and Michael “Lou” Marchant (Outstanding Employee) are also set to be inducted.

Following in his father’s footsteps, Schultz began his educational journey at PC, which he attended in the 1970s. He went on to earn both bachelor’s and master’s degrees from California State University, Fresno. He worked for both the Madera County Department of Education and Fresno State before returning home to PC. Throughout his 27-year career at PC, Schultz served in a variety of capacities and left a lasting impact on the college and its students. His roles included counselor, athletic director, dean and vice president, allowing him to see the campus through a wide lens. Schultz played an integral role in successfully leading PC through two accreditations – a process that encourages institutions to “improve academic quality, institutional effectiveness, and, ultimately, student success,” according to the Accrediting Commission for Community and Junior Colleges.

Through his professional experience and time served in the US Army, Schultz identified a need for a Veteran’s Resource Center at the college. He spearheaded the effort gathering campus, community and financial support making the center a reality in 2014. Five years later, approximately 80 veterans, spouses and dependents enroll at PC and each semester the center receives roughly 1,000 visits. Schultz was also instrumental in proposing the concept of a Veterans Monument for the PC campus and worked alongside several community partners including former PC President Rosa Carlson, PC staff, Kern Community College District construction and facilities planning staff, the Porterville Noon Rotary Club and the Porterville College Foundation. The monument was officially unveiled in March 2018 and will be a lasting symbol of sacrifice and dedication for all veterans.

In retirement, Schultz is a steward in his hometown of Terra Bella where he serves as a farmer, council member and elder for Zion Lutheran Church. His integrity and humility continue to set him apart as a leader and example. This year, the ceremony returns to the PC campus and will highlight upcoming building projects, recent renovations and programs.

Porterville native and multiple Emmy award-winning journalist Laura Garcia will be the keynote speaker for the event. The ceremony will feature local entertainment and give attendees the opportunity to meet and mingle with PC students, athletes and coaches. The chefs and students from Bakersfield College's Culinary Arts program and staff from PC's Treasure Cafe will provide the night's dinner. Individual tickets are $50 and a table of eight is $400; sponsorship opportunities are also available.